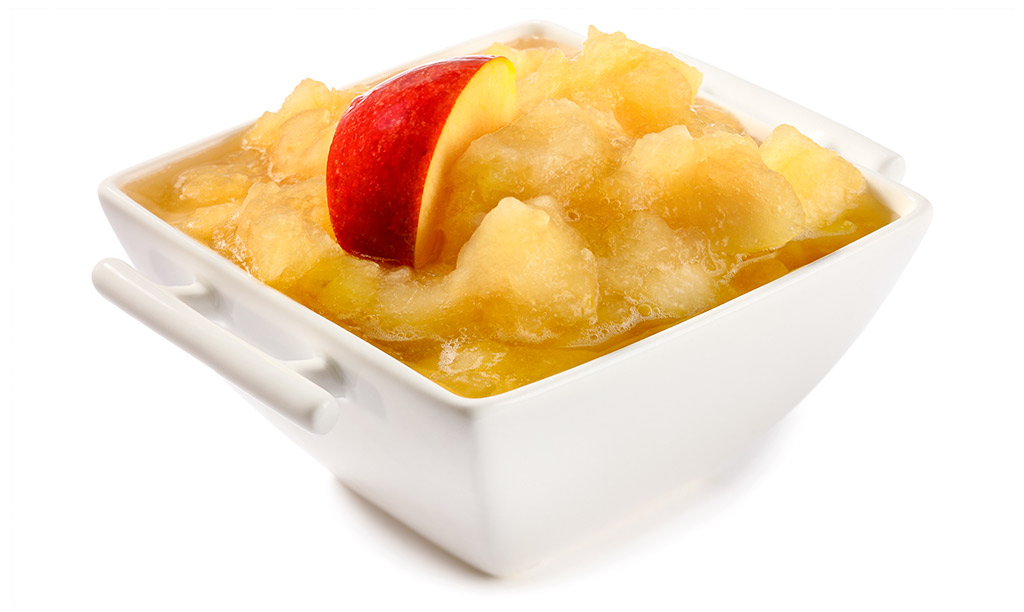 Apple compote can be used in many ways. For this, it is best to use a harshly acidic variety such as Boskop or Braeburne. Peel apples, remove core and cut into small cubes. Place in a pot and cover with 5 tablespoons of water. Add sugar and lemon juice. Put the lid on and bring to the boil once. Switch back to the lowest setting and cook without lid in 10 minutes until soft, but not too mushy. The liquid evaporates for the most part. Do not stir too often so that the apple cubes do not disintegrate. Season with a pinch of cinnamon and let the apple compote cool. Apple compote then fill as hot as possible into cooked jam jars. Pull the cling film through the rum and cover the glasses with it. Screw the lid on tightly and turn the apple compote upside down for 5 minutes. Turn around again and allow to cool.